The Origin of The Roman Republic 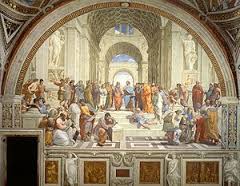 Rome's culture is steeped in the legend of Remus and Romulus, but two specific cultures, the Etruscans and the Greeks, have had an enduring impact on Roman culture.  Use the resources provided to learn about the origin of Ancient Rome

Assignments:
After viewing the additional resources provided:
1. View the two brief video clips and power point.
2. Click HERE to complete an activity based on the origin of Rome.  Make a copy of this document, complete the activity.  Be sure to save this document to your Ancient Greece and Rome folder in Google Drive.